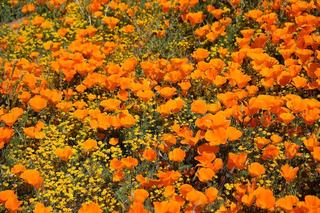 What is it that has you searching for affordable apartments in Los Angeles? If the superb scenery is near the top of your list, then you picked an excellent time to look for a new LA abode, because the spring brings with it an amazing bounty of beautiful California flowers, and if you know the hot spots, then all you’ve got to do is head on out and enjoy watching the magnificent flora. If you don’t know the best places to see some flowers, though, don’t fret; today, we’re going to hip you to all the amateur botanists’ favorite hangouts, so you can strike out on your own and enjoy for yourself.

WHAT ARE SOUTHERN CALIFORNIA WILDFLOWERS?

It’s important to make a distinction here, because when we’re talking about wildflowers, we aren’t talking about solitary potted plants here. Wildflower blooms are just that — wild, uncultivated masses of varied species, that take up massive swaths of land. In Southern California, these blooms are more beautiful than most, and they incorporate a variety of species:

California Buckwheat — Also known as Eriogonum Fasciculatum, this flowering plant is a native to the southwestern United States and northwestern Mexico. It’s a tough plant that can survive, and even thrive in dry conditions, and it’s commonly seen in tight patches of bramble or sprawling bushes.

Catalina Mariposa Lily — This plant, whose scientific name is Calochortus Catalinae, is one you’ll typically find only in the areas around Los Angeles. It’s most prominent along the coast, and a common sight on the Channel Islands. It produces a white flower, but with distinct patches of purple or pink that emphasize its true beauty.

California Buttercup — Up and down the coastline you’ll find the California Buttercup, also known as Ranunculus Californicus. While it’s not so much a desert flower, the areas it does dot are made all the more beautiful by it, and its low ground cover can stretch great distances, covering the ground in a bright and splendid yellow.

These are a just a few of the many flowers you’ll see in the state, and you can check out more of the wildflowers common to California by visiting the California Native Plant Society, and their expansive database of native California plants. Now that you know a little bit about what to look for while you’re out in the field, let’s talk about where you should go to see those incredible California blooms.

WHERE TO SEE CALIFORNIA WILDFLOWERS

You picked a great year to catch some flowers. According to AccuWeather, the plentiful winter rains have created the perfect conditions for wildflower superblooms. These are going to be some of the best blooms California has seen in nearly 12 years, so there’s no excuse to get out to these spots and check out the best of Cali’s floral excellence.

Nestled in western Riverside County, it’s hardly an hour drive from DTLA. Lake Elsinore is a hot spot for those California Poppies, and, as we mentioned earlier, the heavy rains have brought a superbloom of these bright orange flowers right to the city:

“The bright orange California poppies are concentrated in the hills around Walker Canyon, and are already brilliantly in bloom–and attracting visitors, causing traffic along the 15, so do plan ahead if you’re planning to make an excursion.”

And while that bloom is already in full swing, the bloom at the Antelope Valley Poppy Reserve is just picking up steam, and won’t peak until later in March or April, giving you plenty of time to plan a visit.

Head to the coast of Malibu, and you’ll find Point Dume. Jutting out into the cliffs above the Pacific Ocean, you’ll see the Giant Coreopsis (Leptosyne Gigantea) with their hefty trunks and brilliant, yellow flowers. Point Dume provides many spaces to see these amazing flowers, but you’ll definitely want to ascend the stairway to the summit to check out the grand view of the point and its many wonders.

Part of Southwestern LA, near the shores of the Pacific Ocean. Here, you’ll find an array of California Bush Sunflowers, Wild Mustard, Arroyo Lupine, and more. You’ll want to hit the trails to check out the best views, and sites like All Trails already have some of the Best Wildflower Trails all laid out for you to follow for yourself.

Head to the shores west of Malibu, and you’ll run across Point Mugu State Park, with its cliffs, beaches, and grand grassy areas filled with life. Again, the trails are where it’s at, offering views of both the flower blooms and the impressive scenery. You’ll see plenty of the Giant Coreopsis, Purple Lupine, and Mariposa Lilies, and you’ll see them among the cliffs and hills, providing a picture-perfect view providing memories for a lifetime.

It might be called Death Valley, but there’s plenty of life out here regardless, including Globemallow, Desert Sunflower, Desert Sand-Verbena, and Brown-Eyed Primrose. Unfortunately, the rainfalls in the valley this year haven’t been plentiful enough for a superbloom, but there are views to be experienced all the same, and you’ll still see a nice variety of flowers that will be worth the visit.

WHO KNEW AFFORDABLE APARTMENTS IN LOS ANGELES CAME WITH SO MUCH BEAUTY?

There’s the natural beauty of Southern California, for sure, but there’s also the man-made splendor of DTLA that’s a big draw here in Los Angeles. You’ll find no finer example than at apartments like Linea, where the magic of the city is perfectly executed, and luxury and convenience are built into every facet of the building. Come experience a new level of comfort in the heart of the downtown renaissance. Check out Linea, then make these stellar apartments your very own. 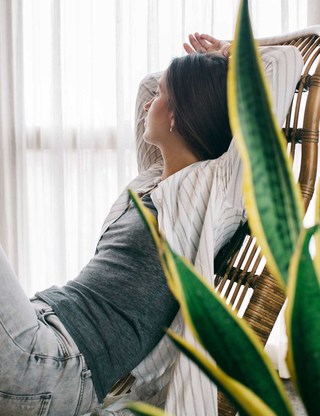